Assistant professor at ENS Cachan. David has a strong background in proof theory and proof search, including fixed points in linear logic as well as nominal quantification in sequent calculi. Since his arrival at ENS Cachan in September 2012, David has accentuated his focus on bridging the gap between proof theory and verification: he is investigating connections between automata theory and cyclic and infinite proofs and working on the verification of cryptographic protocols as a member of the SECSI axis at LSV. 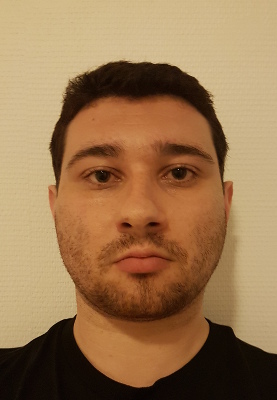 Anthony is a PhD student at ENS Cachan. He joined the Dahu axis at LSV in Apr. 2016 as an intern, and started his PhD in Sep. 2016. Anthony is currently working on proof systems for fragments of DataXPath.

Simon was an intern in the Prodaq project from Apr. 2015 to Jul. 2015. He worked on a sequent calculus for a modal fragment of DataXPath. See A Sequent Calculus for a Modal Logic on Finite Data Trees for the publication that resulted from his work.

Assistant professor at ENS Cachan. His main area of research is the algorithmic complexity of logical theories and formalisms, with in particular an expertise on the complexity results derivable from the use of well quasi orderings. He is interested in the complexity of various formal systems, e.g. vector addition systems and their extensions, XPath, and substructural logics. Sylvain is working in the Dahu axis on database verification at LSV.

An ANR-funded project dedicated to the verification of data queries, expressed in data logics like XPath, and running over the period Jan. 2015—Dec. 2018. See our short presentation.